5 Books I Recommend from 5 Different Genres 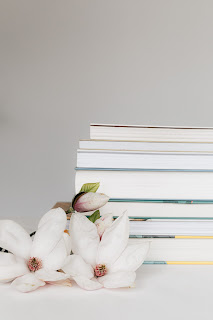 These are my five book recommendations from five of the genres I read this year so far and from last year too! Reading is a favorite hobby of mine and is a way to escape the world into a new one. I hope you try reading some of the books below, babes!

The President’s Daughter by Bill Clinton and James Patterson

This is the second collaboration between Clinton and Patterson. They are the author duo we never knew we needed. They write amazing works together, including this one, their newest piece together. This book is fast-paced and a real nail-biter all the way to the end. The details throughout the book could only have come from the former President. Here is the synopsis of the thriller: “Matthew Keating, a one-time Navy SEAL—and a past president—has always defended his family as staunchly as he has his country. Now those defenses are under attack.

A madman abducts Keating’s teenage daughter, Melanie—turning every parent’s deepest fear into a matter of national security. As the world watches in real-time, Keating embarks on a one-man special-ops mission that tests his strengths: as a leader, a warrior, and a father.”

I finished this book very recently. It’s definitely staying on my top list of books read this year so far. I would recommend this book to anyone that really enjoys reading James Patterson’s books. If you are into historical fiction, thrillers, and suspense this is the book for you!

The Last Thing He Told Me by Laura Dave

This book will have you on the very end of your seat all the way to the very last page! Do you think I’m kidding? I’m not. The plot twists throughout the book are what make this mystery so good. No wonder why this book ranked up the awards and reviews in 2021. If you haven’t read this yet, you are missing out! Here is the synopsis of the mystery: “Before Owen Michaels disappears, he smuggles a note to his beloved wife of one year: Protect her. Despite her confusion and fear, Hannah Hall knows exactly to whom the note refers—Owen’s sixteen-year-old daughter, Bailey. Bailey lost her mother tragically as a child. Bailey wants absolutely nothing to do with her new stepmother. As Hannah’s increasingly desperate calls to Owen go unanswered, as the FBI arrests Owen’s boss, as a US marshal and federal agents arrive at her Sausalito home unannounced, Hannah quickly realizes her husband isn’t who he said he is was. And that Bailey just may hold the key to figuring out Owen’s true identity—and why he really disappeared. Hannah and Bailey set out to discover the truth. But as they start putting together the pieces of Owen’s past, they soon realize they’re also building a new future—one neither of them could have anticipated.” I would recommend this book to anyone that enjoys mysteries, thrillers, and suspense. I would also recommend this book to anyone that is wanting to get back into reading or start reading for fun as a new goal this year.

The Wish by Nicholas Sparks

Nicholas Sparks does it again! Who hasn’t cried while reading a Nicholas Sparks book? This book is no different, it made me ball at 1 a.m. Something about the way Sparks writes about the legacy and endurance of first love makes you fall in love all over again, becoming one with the characters. Not to mention he makes me want to move to North Carolina more and more with each one of his books! Here is the synopsis of the romance: “1996 was the year that changed everything for Maggie Dawes. Sent away at sixteen to live with an aunt she barely knew in Ocracoke, a remote village on North Carolina’s Outer Banks, she could think only of the friends and family she left behind . . . until she met Bryce Trickett, one of the few teenagers on the island. Handsome, genuine, and newly admitted to West Point, Bryce showed her how much there was to love about the wind-swept beach town—and introduced her to photography, a passion that would define the rest of her life. By 2019, Maggie is a renowned travel photographer. She splits her time between running a successful gallery in New York and photographing remote locations around the world. But this year she is unexpectedly grounded over Christmas, struggling to come to terms with a sobering medical diagnosis. Increasingly dependent on a young assistant, she finds herself becoming close to him. As they count down the last days of the season together, she begins to tell him the story of another Christmas, decades earlier—and the love that set her on a course she never could have imagined.” I would recommend this book to Nicholas Sparks lovers, I’m right there with you. If you enjoy a heart-wrenching story of love, life, and self-discovery this book is perfect for you!

The Mortal Instruments by Cassandra Clare

I know once again I’m raving about The Mortal Instruments and Cassandra Clare. I most likely won’t stop anytime soon either. The Shadowhunter World is none like any other. I was hooked from the very beginning and still am. The Shadowhunter World doesn’t end with The Mortal Instruments though, Clare is writing new books that satisfy our need to be a part of the Shadowhunter World and continue the story. Here is the synopsis of the best series in the world in my opinion: “When Clary Fray heads out to the Pandemonium Club in New York City, she hardly expects to witness a murder—much less a murder committed by three people covered with strange tattoos and brandishing bizarre weapons. And she’s more than a little startled when the body disappears into thin air. Soon Clary is introduced to the world of the Shadowhunters, a secret cadre of warriors dedicated to driving demons out of our world and back to their own. And Clary is introduced with a vengeance when her mother disappears and Clary herself is almost killed by a grotesque monster. How could a mere human survive such an attack and kill a demon? The Shadowhunters would like to know.” I would recommend this book to everyone, duh!

Another book that hit the shelves in 2021 and racked up the awards and rave reviews! Another book based in North Carolina, at this point I think it’s just a sign to move, but anyways! This book is magical, literally. This modern tale takes on the stories of King Authur, southern traditions, and Black Girl Magic. It takes you on a story about grief, power, and self-discovery along the way. This is another one of those books. If you haven’t read it yet, what are you doing? Here is the synopsis of the fantasy: “After her mother dies in an accident, sixteen-year-old Bree Matthews wants nothing to do with her family memories or childhood home. A residential program for bright high schoolers at UNC-Chapel Hill seems like the perfect escape—until Bree witnesses a magical attack on her very first night on campus. A flying demon feeding on human energies. A secret society of so-called “Legendborn” students that hunt the creatures down. And a mysterious teenage mage who calls himself a “Merlin” and who attempts—and fails—to wipe Bree’s memory of everything she saw. The mage’s failure unlocks Bree’s own unique magic and a buried memory with a hidden connection: the night her mother died, another Merlin was at the hospital. Now that Bree knows there’s more to her mother’s death than what’s on the police report, she’ll do whatever it takes to find out the truth, even if that means infiltrating the Legendborn as one of their initiates. She recruits Nick, a self-exiled Legendborn with his own grudge against the group, and their reluctant partnership pulls them deeper into the society’s secrets—and closer to each other. But when the Legendborn reveals themselves as the descendants of King Arthur’s knights and explains that a magical war is coming, Bree has to decide how far she’ll go for the truth and whether she should use her magic to take the society down—or join the fight.” I would recommend this book to anyone that enjoys reading fantasy, young adult, and historical fiction. If you enjoyed Harry Potter or Percy Jackson I would say this new series is right up your alley!

I have linked all the books so you can find them easily and purchase them for yourself. Let me know if you have or are going to read any of the books above. I would love to know what you thought of them in the comments below! Later, babes!