All About St. Patrick's Day

What is St. Patrick’s Day?

St. Patrick’s Day is celebrated on March 17th each year. It is the anniversary of Saint Patrick’s death. The holiday is observed as a religious holiday for the Irish for over 1,000 years. Irish families would traditionally attend church services in the morning and celebrate in the afternoon to the evening hours. St. Patrick’s Day has been celebrated since the ninth century by the people of Ireland as a Roman Catholic feast day. The first St. Patrick’s Day parade took place not in Ireland but in the Americas. On March 17, 1601 a Spanish colony in what is no known as St. Augustine, Florida paraded and celebrated with organization by the Spanish Colonies Irish vicar Ricardo Artur. It was not till March 1772 homesick Irish soldiers serving in the English military marched in New York City to honor the Irish patron saint. The enthusiasm for St. Patrick’s Day parades only grew from there. 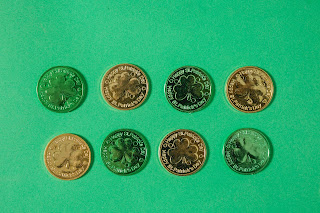 Who is Saint Patrick?

He was the patron saint of Ireland and its national apostle during the fifth century. He was born in Roman Britain but was kidnapped and brought to Ireland as a slave at the age of 16. He later escaped and returned to Ireland, where he is credited with bringing Christianity to the Irish people. St. Patrick’s death was believed to be March 17, 461. Many mythology surrounds his life that later would become ingrained in Irish culture. Such as his explanation of the Holy Trinity using the three leaves of the native Irish clover, the shamrock.

St. Patrick’s Day in the US

In 1845 the Great Potato Famine hit Ireland. Close to one million poor and uneducated Irish Catholics began coming to America to escape starvation. When these Irish Americans took to the city streets to celebrate their heritage on St. Patrick’s Day, the newspapers portrayed them in cartoons as drunk, violent monkeys. But the American soon realized the large growing numbers of Irish Americans and the political power. They organized their voting bloc known as the green machine, which became a very important swing vote for many politicians. It wasn’t till the Americans realized the importance of the Irish community that St. Patrick’s Day parades were a show of strength and a must attend event for a slew of political candidates.

Irish immigrants spread out all over the United States and developed their own traditions. One of the most popular traditions takes place in Chicago, Illinois where they dye the Chicago River green. The tradition first started in 1962, when the city’s pollution control workers used dyes to trace illegal sewage discharges. They realized the green dye would be a unique way to celebrate the holiday. That year 100 pounds of green vegetable dye was released into the Chicago River. It was enough to keep the river green for a week. Today only 40 pounds of dye are used in order to minimize environmental damage. Which means the river is green for only several hours.

Celebrations Across the World

Now people from all backgrounds celebrate the religious holiday. While the United States is home to the largest productions, St. Patrick’s Day is also celebrated in Canada, Australia, Japan, Singapore, and Russia. People in the United States often wear green on the holiday and feast on popular dishes such as Irish soda bread, corned beef and cabbage, and champ. Today in Ireland the holiday has remained a religious occasion.

Including surprising facts about the holiday here: